Review this resource to learn troubleshooting best practices for your enterprise. This resource is intended as guidance to understand order of operations, how best to resolve your issue without over exposing your environment.

This guidance is intended for Endpoint Standard customers.

To get to the root cause of an action that is causing disruption we need to assess the symptoms and determine if it is one of the following:

To determine if your issue is caused by configuration you will visit the Alerts section of your console. Sort your view under Policy Status select “Policy Applied”, and Sensor Action select “Deny” and “Terminate”.

This subset of alerts will now highlight all actions that have been taken on your environment on the behalf of the VMware Carbon Black Cloud Sensor. From here you need to identify if this block is due to Reputation or Behavior of the targeted application.

If your target is not in the alerts skip to Interoperability section.

Reputation is determined by analysis of pre-existing, newly introduced, or accessed on the network. There are 3 stages in which Carbon Black Cloud will assess and assign a reputation:

Does the application in question have an untrusted reputation?

Behavior-based alert(s) will apply to any Trusted application that is being blocked due to abnormal application behavior. Blocking behaviors include but are not limited to the following:

If your target was not included on the alerts page there is a high likelihood that you have an application interoperability. Interoperability will surface in one of the following manners on the local systems: 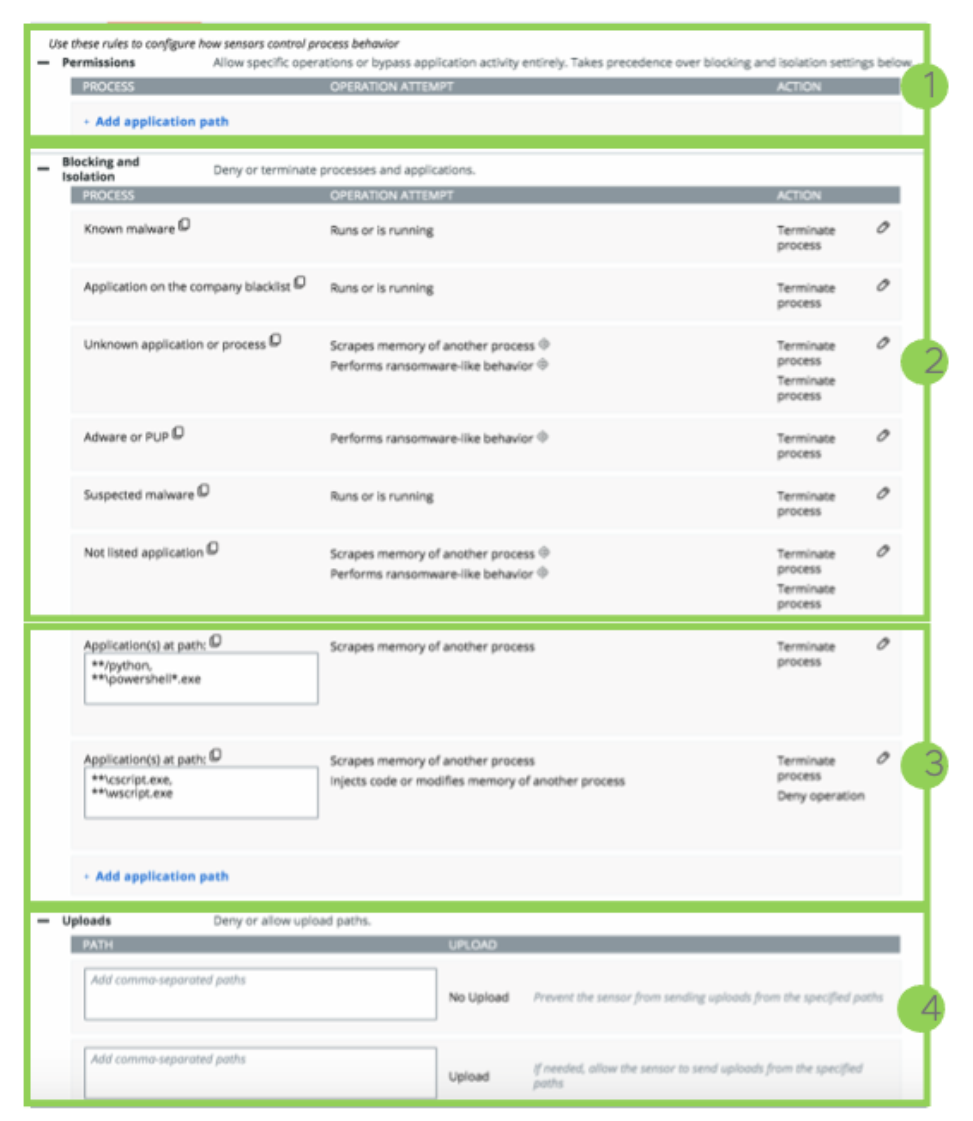 Before resolving the alert the file be sure to consider the following determinations if you are uncertain of the application in question:

If you have determined that the application in question has been raised due to reputation or behavior, we want to consider resolving with the concept of least privilege. The Carbon Black Cloud sensor resolves and categorizes based in order of priority review the table below.

So you have your application in question follow the below scenarios to determine the best course of action to resolve.

When to use IT Tools

Defined by path of dropper, useful for developers

The IT Tools allowlist functionality is designed to permit processes with an inconsistent hash, with or without subprocesses, and a NOT_LISTED/UNKNOWN reputation. ​The priority 8 designation prevents malware from making its way into being inadvertently approved through such mechanisms.​

When to use Certificates

The Certificate allowlist functionality is designed to permit processes with a consistent or inconsistent hash, but a consistent certificate, and a NOT_LISTED/UNKNOWN reputation. ​The priority 8 designation prevents malware from leveraging a trusted certificate, otherwise affording it the opportunity to be inadvertently approved through such mechanisms.​

When to use Hash

The hash-based allowlist functionality is designed to permit applications with a consistent hash and a reputation determination other than known good.​ The priority 2 designation allows for decisive control over the reputation of an application.

When to use Allow

The permissions functionality allows for authorizing applications with a consistent path, that may otherwise have, or be subject to, a misrepresented reputation and has no other consistent properties as far as it pertains to hash and certificates. ​

Permitting an application provides priority 1 status which affords absolute release from reputation-based determinations. ​There two sub-configurations for this that involve allowing without logging and allowing with logging.

When to use Bypass

If you are experiencing application slowness or instability gather information on the following:

Once the information is collected move your sensor into a bypass state.

Bypass; all policy enforcement on the device deactivated and the sensor will not send data to the cloud; or, sensors momentarily enter Bypass mode during a sensor update 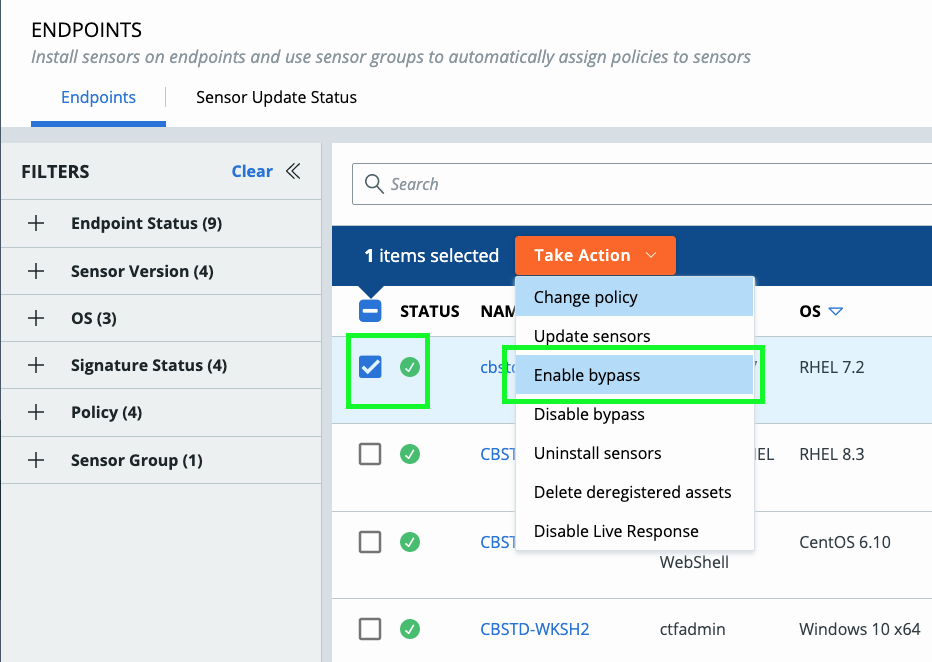 If you application has moved into a stable state once the OS is in bypass then move to make a bypass permissions rule for the application.

PRO TIP: The #1 reason for application interoperability is when permissions rules are not created for other security solutions that may reside on the system. Be sure to put in your AV exclusions if you have not already!

If the application has remained unstable proceed to opening a support case. 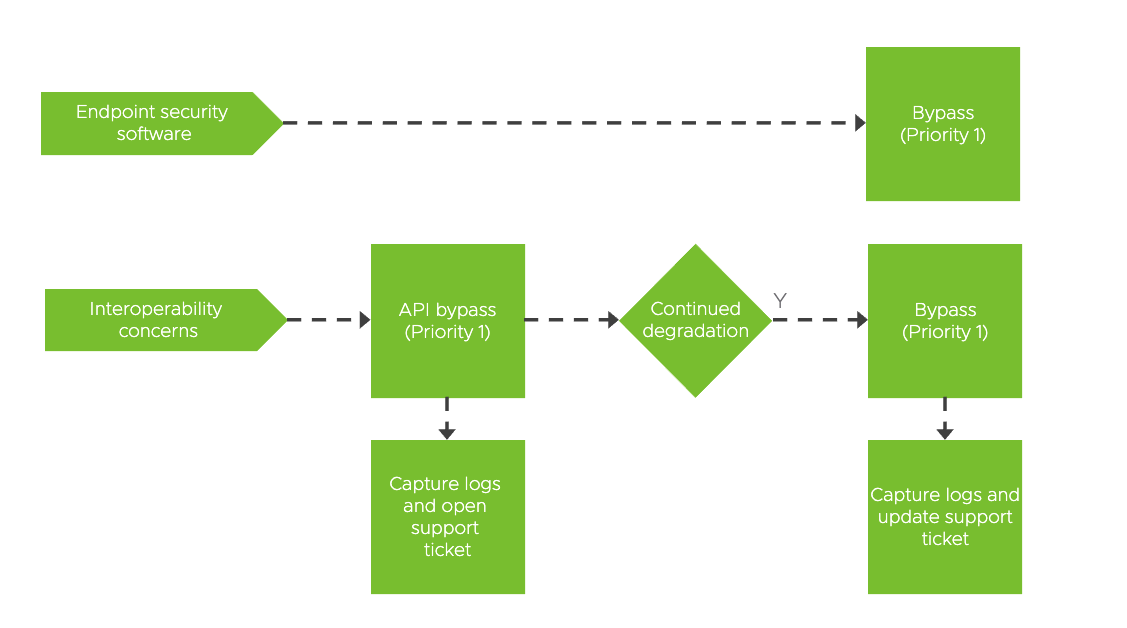 When troubleshooting in your environment, keep it simple.

Policy prevention identified on the alerts page remember the concept of least privilege and only approve for the permission level required. When and where possible use IT Tool and Certificate approvals over Hash and Allow rules. 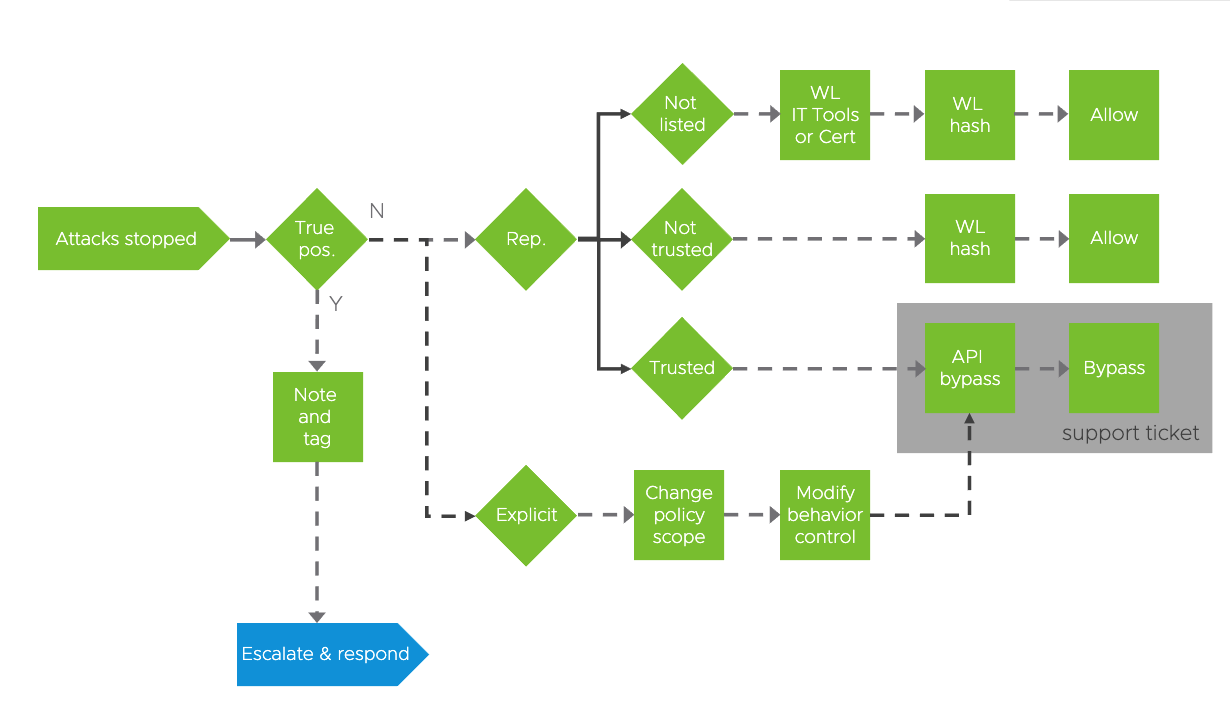 For more information on allowlisting and permissions explore the following resources: