Did you really believe that it was safe to use WSL (Windows Subsystem Linux)?

Instead of attacking Windows directly, threat actors are able to leverage the capabilities of python running in a Linux hosted in WSL on Windows to run malicious PowerShell commands. They are using a Python library: ctypes. 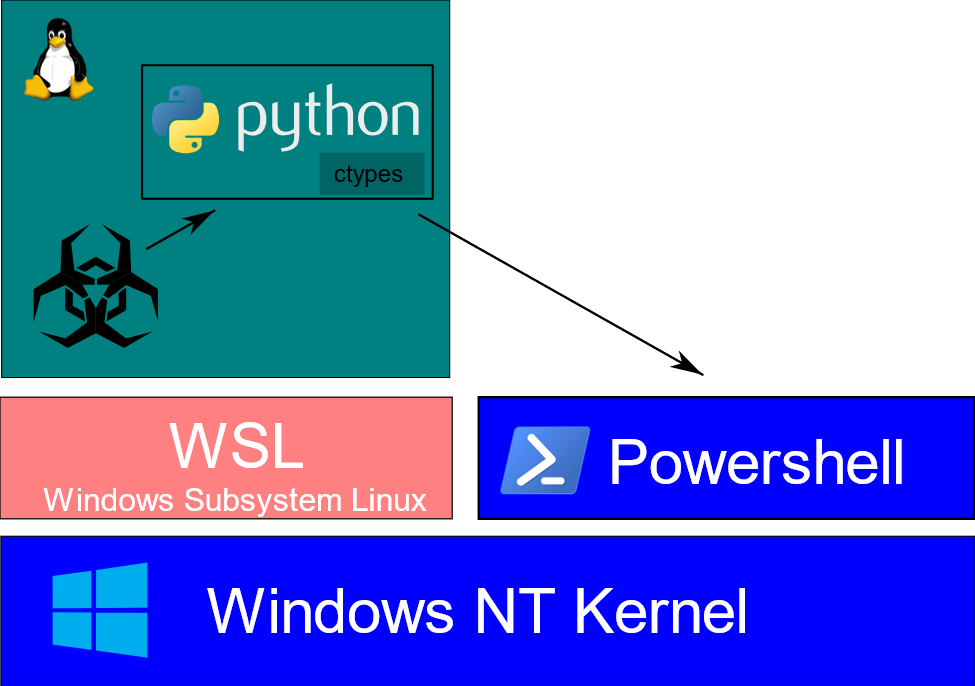 Ctypes is a “foreign function” library for Python, to call Windows APIs and invoke Powershell scripts. Python scripts can be converted in ELF format on Linux ( ELF: Executable and Linkable Format), so no Windows antivirus that scans Windows executables, exe, DLL... is able to scan this type of file today.

This proof of concept is uncovering just how detrimental this can be in production environments. If adversaries can access the Windows File system from the Linux subsystem, we have just opened the door to a larger attack surface than what we already know exists with standard Windows OS’s. On WSL, you can run Ubuntu, Debian… and Kali, a penetration testing distribution! 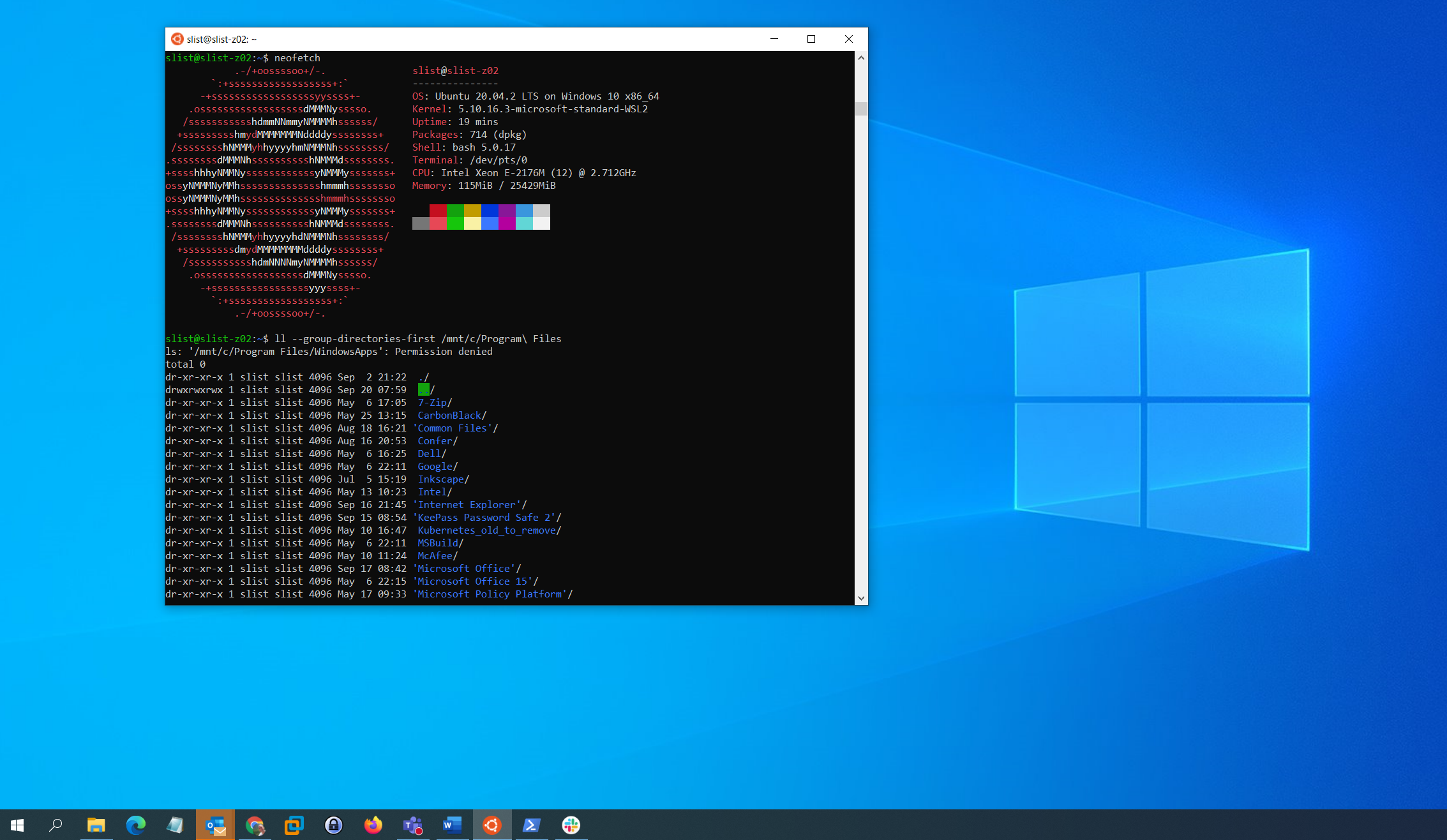 Figure2: WSL screenshot with access to Windows filesystem from Linux.

Linux Virtual Machines can be a more secure alternative to WSL; you can run Linux in VMware Workstation for example.

Verifying Usage of WSL in your Organization

So, how can you detect usage of WSL in your organization?

If you are already protecting all your Windows endpoints and workloads using VMware Carbon Black, and you have enabled the feature “Audit and Remediation” you can answer in a few seconds.

Using osquery embedded in Carbon Black Sensor, and with a web UI available in Carbon Black web UI, you can query all your endpoints using the table “windows_optional_features”:

And a few seconds after, you will see the result: 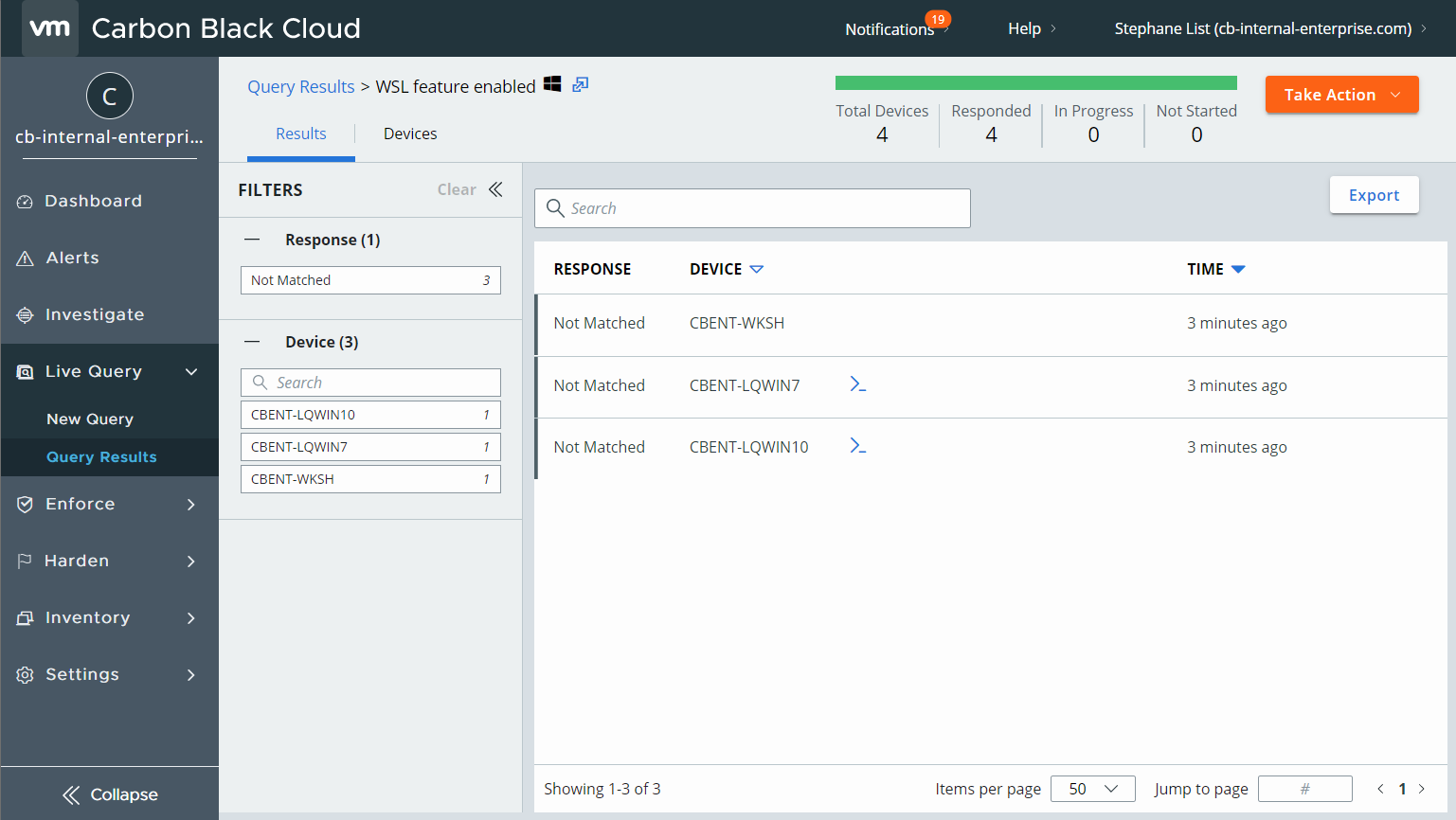 In my test environment, there’s no WSL enabled.

I have submitted this query to our query exchange community website, and Carbon Black experts have approved and improved the query.

Using Linux malware running on WSL, malicious actors can take the control of your Windows endpoints. To check if your endpoints are vulnerable, you can use osquery or use VMware Carbon Black sensor that includes osquery to have all in one sensor, one console.

Staff Technical Marketing Architect, VMware Security Stéphane has over twenty years’ experience in opensource. He has worked in both development and sales role in France for large companies and startups. He has participated in the development of many different Linux project from mobile phone to firewalls. Now with 10 years’ experience in security, he is architect at VMware Carbon Black for Linux and containers security.